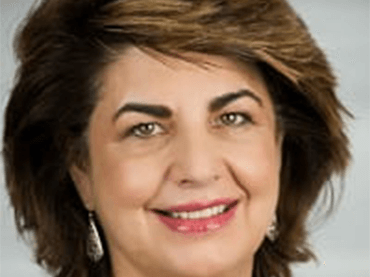 Alyson Lyon’s journey with Crohn’s disease began more than 20 years ago. A severe, chronic inflammatory bowel disease, Crohn’s causes inflammation, ulcers, and bleeding in the digestive tract. For several years, Alyson worked to control and manage her symptoms. But, her condition continued to worsen and she became very sick.

Alyson’s husband, Craig, knew that her symptoms—and the daily stress of managing them—had taken a big toll on his wife.

“Her energy and her spirit were being destroyed. She was losing hope,” says Craig.

Alyson’s primary care doctor officially diagnosed her with Crohn’s disease in 2005. After a year of continued symptoms, he recommended that Alyson see a gastroenterologist and referred her to the UPMC Inflammatory Bowel Disease (IBD) Center.

In 2008, Alyson underwent surgery for her Crohn’s disease. As part of her recovery, she began working with a nutritionist to better manage her diet. She also focused on adopting a healthier and more active lifestyle to manage her symptoms more effectively.

Crohn’s disease is a complex condition that can continue to cause symptoms even when the disease itself is in remission. For some people – like Alyson – living with Crohn’s disease presents an ongoing struggle with pain, fatigue, and other gastrointestinal symptoms, as well as stress and anxiety.

To help patients like Alyson, UPMC is partnering with UPMC Health Plan to pilot UPMC Total Care-IBD, a program that offers accessible, integrated care to help patients manage the daily challenges of IBD, including Crohn’s disease and ulcerative colitis. As part of Total Care-IBD, Alyson’s gastroenterologist became her primary care physician to coordinate the full scope of her care, even including medical issues unrelated to her Crohn’s disease. UPMC Total Care-IBD gives patients increased access to a multidisciplinary team of experts, including doctors, nurses, nutritionists, psychologists, and other specialists through office visits, telephone calls, and telemedicine.

For Alyson, this coordination of care has made a huge difference. In addition to ongoing visits with the center co-director, she also began seeing Eva Szigethy, MD, PhD, director of the UPMC Visceral Inflammation and Pain (VIP) Center. Through Total Care-IBD, Alyson incorporated alternative practices, such as yoga, meditation and hypnosis to manage her disease.

Currently, Alyson’s disease is in remission, but she still struggles daily with pain and fatigue. In the fall of 2015, her condition worsened, and she once again felt as if she had hit rock bottom.

“I was very discouraged and each of the team members listened to me,” says Alyson. “It is a really great feeling to know that you matter on a level where they will work on this even when you are not in their office.”

Alyson continues to work with the UPMC Total Care-IBD team to treat and manage her Crohn’s disease. As a business owner and a teacher at Duquesne University, she is working hard to return to her active lifestyle. She maintains a solid yoga and meditation practice, focuses on her diet, and has benefitted from Dr. Szigethy’s medical hypnosis treatments.

Alyson and Craig are both grateful to her doctors for helping her through these tough times.

“Right now I feel that I am completely in the right hands to understand the road I am on and how to walk it,” said Alyson.


Alyson’s treatment and results may not be representative of all similar cases.