Joel S. Schuman, M.D., director of the UPMC Eye Center, is one of the nation’s top authorities on glaucoma and diagnostic testing for eye disease.

The No. 1 cause of preventable blindness, glaucoma is virtually symptom-free in its early stages. Determined to find a method of diagnosing glaucoma before symptoms become present, Dr. Schuman helped to develop optical coherence tomography (OCT), which to-date is the most powerful tool available for early detection of the disease. Dr. Schuman is responsible for constantly upgrading this technology, now known as Spectral OCT, which quickly and noninvasively produces a 3-D of the eye and compares it to images of what healthy eye tissue should look like.

Dr. Schuman and his colleagues were the first to identify a molecular marker for human glaucoma, as published in Nature Medicine. This discovery has paved the way for other significant advances in the treatment and diagnosis of glaucoma.

In addition to his appointment at the UPMC Eye Center, Dr. Schuman serves as Eye and Ear Foundation Professor and Chairman of Ophthalmology, University of Pittsburgh School of Medicine. He also holds secondary appointments at the McGowan Institute for Regenerative Medicine at Pitt/UPMC, the Center for the Neural Basis of Cognition jointly run by Pitt and Carnegie Mellon University, and as professor of bioengineering at Pitt’s Swanson School of Engineering. 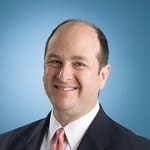