Dr. Zigmond is recognized for his contributions to understanding the factors that influence neurodegenerative disease and for his service to academia, including his promotion of professional development and ethics training. Zigmond directs a research team studying Parkinson’s disease. His particular interest is the risk factors for this disease, which affects some 1.5 million people in the United States.

His current focus is the impact of the lack of physical exercise among most adults, which he believes causes a decrease in neuroprotective factors within the brain. Thus, he is studying the ability of added exercise to reduce the vulnerability of the brain to toxins that can cause a Parkinsonian syndrome in animal models. He also is interested in other risk factors, such as stress and traumatic brain injury.

In addition to his research efforts, Dr. Zigmond is also actively involved in several educational activities. He was the founding director of the Survival Skills and Ethics Program, which provides workshops on professional skills and responsible conduct, and directs two NIH-sponsored training grants in the neurosciences. 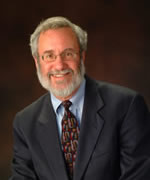