Dr. Fu graduated summa cum laude from Dartmouth College in 1974 and received his BMS in 1975 from Dartmouth Medical School. He earned his medical degree in 1977 from the University of Pittsburgh and completed his general surgery internship at Brown University. He returned to the University of Pittsburgh for an orthopaedic research fellowship and to complete his orthopaedic residency training. During that time, Dr. Fu was an AO International Fellow at the Hannover Trauma Center in Germany and an arthroscopic surgery fellow in East Lansing, Michigan. In 1984, Dr. Fu was selected as an AOA North American Traveling Fellow. As an ESSKA-AOSSM Sports Medicine Travelling Fellow in 1988, he visited over 30 sports medicine centers in Europe.

Dr. Fu’s major research interest lies in anatomic ACL reconstruction, clinical outcomes and bioengineering of sports-related problems. Dr. Fu has been honored with over 260 professional awards and honors, made over 1,200 national and international presentations, co-authored 173 book chapters, wrote over 675 peer-reviewed articles and edited 30 major orthopaedic textbooks. He has an h-index of 100, with nearly 36,000 citations, both among the top of all orthopaedic researchers. In 2019, the University of Pittsburgh was named the number one university in the world for ACL publications over a 40-year period, and Dr. Fu was named the most published author with 378 publications on the ACL.

Dr. Fu is a member and has held offices in numerous academic organizations, including the Herodicus Society and American Orthopaedic Association. He served as the president of the Pennsylvania Orthopaedic Society and as a board member of the Arthroscopy Association of North America. In 1996, he was a co-recipient of the prestigious Kappa Delta Award for his shoulder research, as well as being awarded by the National Athletic Trainers’ Association Presidential Challenge Award for significant contributions in athletic training. In 1998, he was elected to the Inaugural Executive Board of the International Cartilage Repair Society. In 2008, he assumed the presidency of the American Orthopaedic Society for Sports Medicine (AOSSM) for a one-year term, and in 2009 was named president of the International Society of Arthroscopy, Knee Surgery and Orthopaedic Sports Medicine for a two-year term. He has also held board positions with the Orthopaedic Research and Education Foundation and the AOSSM.

He is primarily responsible for the conception and oversight of the design and construction of the $80 million UPMC Rooney Sports Complex, a 60-acre, state-of-the-art sports medicine complex that opened in October 2000. The center has a multidisciplinary approach to sports injuries and performance and is the first of its kind in the country to have the resources of a major academic and clinical system with professional and collegiate sports programs. Using this first complex as a blueprint, a second center, the UPMC Lemieux Sports Complex, opened in August 2015. The new location is an elite, first-of-its-kind facility dedicated to hockey-related training, rehabilitation and injury prevention, and will unite world-class sports medicine and hockey under one roof. It attracts local, national and international patients, and hundreds of elite athletes have been treated at the center. The complex is used as a model in more than ten countries and has been a magnet for more than 600 visiting surgeons and fellows from over 50 countries on six continents.

Dr. Fu oversees one of the top and most ethnically and gender-diversified orthopaedic residency training programs in the country, which attracts the best and brightest young surgeons and researchers from the U.S. and abroad. For this, he received the 2011 American Academy of Orthopaedic Surgeons Diversity Award. In recognition of his national and international achievements, he has received Lifetime/Honorary Membership from The European Society of Sports Traumatology, Knee Surgery and Arthroscopy, honorary membership of the International Society of Arthroscopy, Knee Surgery and Orthopaedic Sports Medicine, the 2014 Kappa Delta Elizabeth Winston Lanier Award from the American Academy of Orthopaedic Surgeons, the George D. Rovere Award on behalf of the American Orthopaedic Society for Sports Medicine, and the Masaki Watanabe Award on behalf of the Japanese Orthopaedic Society of Knee, Arthroscopy and Sports Medicine. In July 2016, he was inducted to the AOSSM Hall of Fame. For Dr. Fu’s pioneering work in orthopaedic sports medicine and his contributions to UPMC and the University of Pittsburgh, the UPMC Sports Medicine Center was re-opened in 2018 as the UPMC Freddie Fu Sports Medicine Center following a multi-million-dollar renovation. 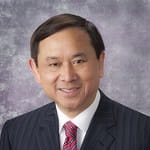