Jeffrey A. Romoff is the President and Chief Executive Officer of UPMC, one of the leading nonprofit health systems in the United States.

Affiliated with the University of Pittsburgh Schools of the Health Sciences, UPMC is inventing new models of accountable, cost-efficient and patient-centered care. U.S. News & World Report consistently ranks UPMC Presbyterian Shadyside among the nation’s best hospitals in many specialties and ranks UPMC Children’s Hospital of Pittsburgh on its Honor Roll of America’s Best Children’s Hospitals. Contributing more than $1.4 billion annually in community benefits, UPMC has sparked economic revitalization in western Pennsylvania by nurturing new businesses based on its innovative science, technology and medicine. UPMC Enterprises functions as the innovation and commercialization arm of UPMC, and UPMC International provides hands-on health care and management services with partners around the world.

Mr. Romoff began his career at the University of Pittsburgh in 1973 as the Director of the Office of Education and Regional Programming at UPMC Western Psychiatric Hospital (formerly Western Psychiatric Institute and Clinic of UPMC). Through this office, Western Psychiatric was the first academic psychiatric facility to offer organized continuing education programs to practitioners in communities throughout western Pennsylvania.

In 1975, Mr. Romoff became Western Psychiatric's Administrator and Associate Director. While he was in a leadership position at Western Psychiatric, it became the nation's leading psychiatric research center, receiving more funding from the National Institute of Mental Health than any other institution and was one of the first mental health organizations in the country to focus on the then emergent field of biological psychiatry.

A $21 billion health care provider and insurer, Pittsburgh-based UPMC is inventing new models of patient-centered, cost-effective, accountable care. The largest nongovernmental employer in Pennsylvania, UPMC integrates more than 90,000 employees, 40 hospitals, 700 doctors’ offices and outpatient sites, and a 3.9 million-member Insurance Services Division, the largest medical insurer in western Pennsylvania. In the most recent fiscal year, UPMC contributed $1.4 billion in benefits to its communities, including more care to the region’s most vulnerable citizens than any other health care institution, and paid more than $800 million in federal, state and local taxes. Working in close collaboration with the University of Pittsburgh Schools of the Health Sciences, UPMC shares its clinical, managerial and technological skills worldwide through its innovation and commercialization arm, UPMC Enterprises, and through UPMC International. U.S. News & World Report consistently ranks UPMC Presbyterian Shadyside among the nation’s best hospitals in many specialties and ranks UPMC Children’s Hospital of Pittsburgh on its Honor Roll of America’s Best Children’s Hospitals. For more information, go to UPMC.com. 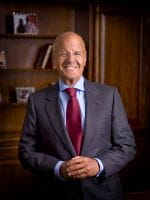