Mark Sevco, MBA, MHA is the executive vice president of UPMC and president of UPMC Hospitals. In this role Mark is responsible for the direct oversight of 40 academic, community and specialty hospitals across the state of Pennsylvania, Maryland, and New York.

While carrying these responsibilities, Mark also works for UPMC on many special projects and plays an active role in UPMC’s merger and integration efforts with other hospitals state-wide. Mark has also traveled to China and Dubai assisting UPMC’s international efforts and is also the past executive director of the UPMC Administrative Fellowship Program, an executive training program for UPMC.

Mr. Sevco has served UPMC in various capacities for 30 years working for more than 8 different UPMC Hospitals and for the Physician Services Division (PSD) of UPMC. Prior to his role as president of UPMC Hospitals, Mark was president of UPMC Children’s Hospital of Pittsburgh. UPMC Children’s Hospital is nationally ranked as a top ten hospital in the United States by U.S. New & World Report. It leads the way in advanced technology and is frequently recognized as one of the most beautiful children’s hospitals in the country.

Prior to UPMC Children’s, Mark was the COO of UPMC Pinnacle, which is a multi-hospital system in central Pennsylvania with approximately $2B in revenue and 12,000 employees. Prior to that, Mark served as president of UPMC East and UPMC McKeesport, vice president of operations for UPMC Presbyterian Shadyside, president of UPMC Braddock, executive director of the Department of Pediatrics at UPMC Children’s Hospital, executive director, and vice president of the UPMC Cardiovascular Institute, and business planning and development associate for Magee-Women’s Hospital.

Mr. Sevco is devoted to his family, which comprises of his wife Christine and their three children Nicole, Julia, and Jack. He is an active community member who currently serves on five boards of directors, including the Hospital Association of Pennsylvania (HAP). 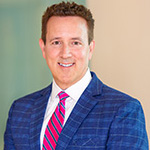