Steven D. Shapiro, MD, leads the Health Services Division as an executive vice president of UPMC, along with his overarching responsibility as chief medical and scientific officer for this integrated delivery and finance system. Dr. Shapiro works with colleagues across UPMC and the division, which includes 40 hospitals and 4,800 employed physicians. In collaboration with the University of Pittsburgh Schools of the Health Sciences and the UPMC Insurance Services Division, Dr. Shapiro is promoting evidence-based care pathways and population health models that position UPMC to provide the highest value and quality to patients.

During his first five years at UPMC and Pitt, Dr. Shapiro served as the Jack D. Myers Professor and chair of the Department of Medicine. He was named UPMC’s chief medical and scientific officer in 2010.

Dr. Shapiro received his undergraduate and medical degrees from the University of Chicago. He then completed an internal medicine residency, chief residency and fellowship in respiratory and critical care at the Washington University School of Medicine in St. Louis. Prior to his move to Pittsburgh, Dr. Shapiro was the Parker B. Francis Professor of Medicine at Harvard Medical School and the chief of the Division of Pulmonary and Critical Care at Brigham and Women’s Hospital.

Dr. Shapiro is a physician-scientist who remains active clinically and at the lab bench. His research is focused on novel molecular pathways of inflammation, tissue destruction, and host defense in chronic obstructive pulmonary disease (COPD), infectious diseases, vascular disease, and lung cancer. His efforts have led to several new potential therapies that are in clinical trials. He is the author of more than 230 peer-reviewed manuscripts, chapters, and reviews. In addition, Dr. Shapiro was the editor-in-chief of the American Journal of Respiratory Cell and Molecular Biology and serves on several editorial boards, including the Journal of Clinical Investigation. Dr. Shapiro also served on the advisory committee of the National Heart, Lung, and Blood Institute and currently serves as a member of the U.S. Food and Drug Administration’s Pulmonary-Allergy Drugs Advisory Committee. 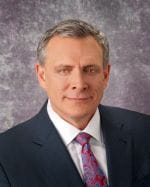